This page is dedicated to the amazing actors of GO 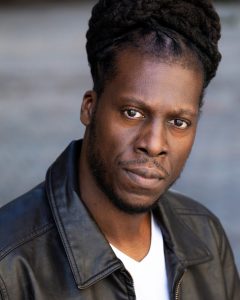 Actor, Teacher, Coach, Mentor, and general Lover of Life, Jason is exceedingly blessed, grateful and excited to be a part of this transformative experience called “GO”. You can find him on your tv Guest-starring in the CW’s “Black Lightning” in the integral role of Frank “2-BITS” Tanner, and as Jamaican Drug Lord “CRESSY”, on “Wu-Tang: An American Saga” an original series on HULU. Jason was also extremely blessed to lend his Voice to the 2016-2017 Adidas Sports Needs Creators National campaign. While persistently honing his crafting, he has become one of the most decorated and desirable actors in the Atlanta market and his consistent work at home has also led him to some international acclaim, landing him in Bollywood alongside one of their finest, Kangana Ranaut in the hit movie “SIMRAN”.

A Native of Atlanta, Georgia, Jason has been in more than 30 Stage Productions since 2009, working with some of the most active Directors and Playhouses in Atlanta. Presently, Jason has worked on 40+Independent projects(Full-length features, Shorts, Web-series). And as a Storyteller, Jason joyfully appears as one of his most coveted characters, ‘Babatunde The Griot’ and has inspired thousands of students throughout the state of Georgia. And in the spirit of paying it forward, Jason worked as an Acting Coach at the incomparable Nova House and is currently working as a youth Acting Instructor with AGI Entertainment.

His genuine desire to hone his craft through continued study, devotion and commitment will bring forth truth and enlightenment. And through his passion and zeal for life, he prays that his art allows him to be a vessel for transformation by the grace of the ancestors. 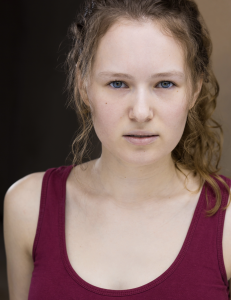 Before becoming a global scholar artist, Rachel joined a Wisconsin based theatre company, Gilding the Stage, at the age of ten and was cast in original shows inspired by American author Mark Twain. Once she entered high school, Rachel continued performing in theatre productions and eventually decided to start modeling, film, and television work. Rachel spent weekends during her senior year traveling to Chicago and Milwaukee for bookings and training. After graduating high school, Rachel decided to move to Atlanta to further pursue her career in theatre, film, television, and print.

Rachel’s exceptional journey with GO began in late 2017, when she received an audition request asking her to do everything but speak. She couldn’t believe a play like this existed, and was instantly moved by the material. She had the pleasure to workshop this show in 2018, which received incredible feedback! Rachel feels blessed to share this story with the Atlanta community again, but now in a time of mask wearing and hyper awareness to the world’s brokenness. Rachel believes God has placed strong intentions on heart for the role of Katelyn. She prays that while experiencing GO, you can release the pain and receive an overwhelming light that lives deep within your soul. 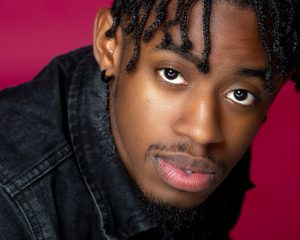 Anthony Campbell is overjoyed to be apart of the production “Go” with his amazing cast mates.

Anthony has been performing professionally for 6 years now and cannot wait to share his talent and skills. He was previously in the production “Skeleton Crew” directed by Jamil Jude at True Colors Theatre. He has made his rounds around the city in different theatre's such as the Alliance Theatre, Actors Express, and many more. You can follow Anthony on IG at @DonSoup to stay updated with his future performances.