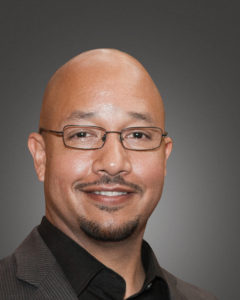 Ronald D. Eastman II is the Executive Producer, Writer, Creator and Music Producer of GO. Ron is also protector to many of the worlds most prominent people as President of Eastman Protective Agency®. He took authorship after writing Return to Your Senses, which he wrote to help others find their purpose by relying on inherent gifts and abilities.

Born in Los Angeles and raised in Pasadena, California. He discovered his passion for safety, security, and the study of human behavior at the young age of 9. At this time, his mother and father briefly separated, and his mother left the family home. While his other siblings (two older sisters, an older brother, and a younger brother) stayed with their father, young Ron insisted on accompanying his mother to ensure her safety. That first night away from home, he stayed awake, watching out the window to make sure no one broke into the car that held many of his mother's possessions. He went without sleep for 36 hours, keeping an eye out for anyone who might do harm to his mom. A few days later, his parents settled their differences, and he and his mother returned home. Though brief, this experience lit the flame of Ron's passion for protecting those at risk and mastering the understanding of human behavior.

At the age of 18, he joined the United States Army. There he developed the skills needed to master the protection of life; he received specialized training in hostage rescue, reconnaissance, treatment of trauma patients, and military combative techniques. He shared his expertise by training foreign military units worldwide.

Ron and Stephanie wrote the play "GO" after meeting so many people who say they feel silenced, abandoned, and unloved. A familiar feeling to Ron, as he, too, was a victim of sexual abuse for many years until he was forced to fight for his life as a young adult. His intention when writing this play was simply to be a torch of freedom and a reminder never to give up. 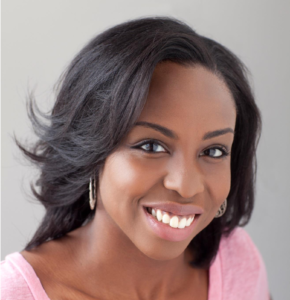 Actor, Playwright, and Producer, Stephanie Frazier, was born in Fort Stewart, Georgia and raised as an army brat and used to new experiences. She's the youngest daughter of Heraldo and Frances McFarlane and a little sister to Alecia Bell. Since graduating from the University of Southern California (USC) with a B.A. in Theatre and obtaining her Masters in Creative Business Leadership from SCAD, she's had the opportunity to perform in Los Angeles, New York, South Carolina, and Atlanta.  If you were to ask her a year ago, who she is... She'd respond an actress. We are now happy she's added co-writer of GO. Stephanie says she is forever grateful to God and the support received from her family and husband, Anthony.

P:S. Stephanie loves cartoons and ALL songs by Maroon 5.